You’ve probably heard about people who spent years with failing health of unknown causes, only to discover that they were victims of mercury poisoning. If you also experience illness, fatigue, or other symptoms that doctors have been unable to identify, you might be wondering what the mercury levels are in your body. The most accurate way to answer that question is the Mercury Tri-Test, which is available from Dr. Tong ‘s office in Central, HK.

Why mercury testing is important

The sources of mercury exposure are many. It is found in seafood, in amalgam dental fillings, and, due to pollution, in the air we breathe and water that we drink. Many people have additional occupational exposure.

Unfortunately, the question is not if you’ve been exposed to mercury, but how much. More importantly, how much of it is still in your body? How long will it be there? These questions are not possible to answer without diagnostic testing, because there are too many variables. You might think that the presence of a toxic substance in your system would be easy to measure, but mercury is unlike other toxins.

If you were poisoned by a toxic chemical, such as an industrial cleaner, you would probably be ill almost immediately after ingesting or inhaling it. The substance would also likely leave your system quickly, so it wouldn’t continue poisoning you. At that time, doctors could assess the damage it caused, and your medical situation would be quite clear. Mercury is different. It is slow-acting, which makes it quite insidious.

When exposed to mercury, you are not likely to get sick immediately, or even within a few days or weeks. Instead, symptoms develop slowly, often taking years to become apparent. It also does not leave the body quickly, meaning that it can accumulate in organs, including the brain.

Further complicating diagnostics, every human body handles mercury differently. Some people have increased sensitivity to mercury, or decreased capacity to excrete it. Additionally, the symptoms of mercury toxicity vary widely from one person to another.

Challenge testing was one of the first mercury detection methods developed. It was revolutionary at the time, and is still used today by some physicians. However, it is far from ideal.

This technique cannot directly measure mercury levels in the blood. Instead, it works on the premise of comparing urinary samples taken before and after consuming chelating agents, which draw mercury from the cellular structure. In theory, if a person has a high bodily mercury burden, chelation will make a significant difference in urinary levels.

Due to its indirect method, the accuracy of challenge testing varies. Clinical trials have documented long-term mercury exposure, which was not detected by the challenge. It also yields less useful data, because it cannot distinguish between types of mercury. Additionally, exposing the patient to high doses of chelating compounds may have undesired effects, such as redistribution of mercury in the tissues.

How Tri Testing is different

Dr. Tong is proud to offer her patients safe, accurate, comprehensive mercury testing. She uses the Mercury Tri-Test from Quicksilver, which uses exclusive patented technology to measure both the mercury burden, and the patient’s ability to excrete that mercury.

As the name suggests, the Tri-Test is a compilation of three separate analyses, for comprehensive diagnostics. Unlike challenge testing, this sophisticated system can directly measure ambient (stable) mercury levels in the blood. Urine and hair samples are also tested, providing a complete overview of the mercury burden, and the body’s ability to handle it.

Rather than simply measuring the total level of mercury, the Tri-Test system separately evaluates methyl and inorganic mercury separately. This is an important distinction for several reasons:

If you have concerns about mercury, please call our office at 852 2810 1801 and schedule a consultation with Dr. Tong to find out if you can benefit from the Quicksilver Tri-Test.

Back To Mercury Tri-Test Page 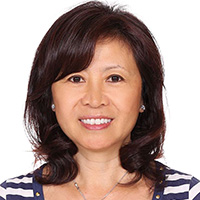